Catalyst H107025 was installed in 1997-2003 for Renault cars. This catalytic converter is available in the Renault Laguna, Megane, Scenic and Espace petrol versions with 1.6, 1.8, 2.0 engines. This catalyst is oval in shape and small in size. It weighs relatively little and reaches 0.27 kg, and the length of this device is about 40 cm. 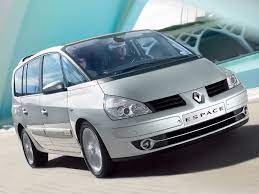 Today we take a look at the car that became famous as the first family vehicle in Europe, the Renault Espace. The inspiration and idea to create the Espace car was an image of an American van. The first minibus was the Chrysler Voyager, which inspired later models, starting with Renault Europe, to create a fully practical car. The basic concept was to create a large and spacious car (the name of the ESPACE model means space) to travel in comfortable conditions, especially for large families. It’s easy to imagine that the delivery of a single-body vehicle will be doomed to success for many years to come. The first Renault Espace car works and production began in 1984-1991 in cooperation with Renault and Mantra. Although only 9 models were sold in the first month, consumers quickly realized the benefits. 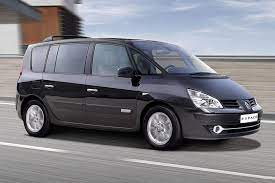 The architecture of the car is based on the Renault-Nissan Common Modul family of vehicles developed by Renault and Nissan. The latest Espace model offers a modern version of the Renault R Link 2 information system with voice control, built-in navigation, radio with Bluetooth function, emergency stop support, lane departure warning and recognizable road signs with speed limit warnings. . The Renault Espace V generation also has a radar-based cruise control system and active emergency braking. The information system has 360-degree sensors, and a built-in camera allows hands-free reversing and parking. Espace also has several drawbacks that are worth noting. You can often hear echoes of faulty electronics in your car. The most common problems are with the code card that allows the vehicle to be started. The first signs of defects are isolated, but it is worth paying attention to the details from the beginning.