As you can see, the pattern can be used on an unusual number of car makes and models. The second vehicle that uses 045178ACB catalytic converters is the Ford Galaxy. 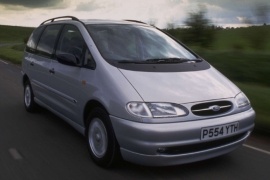 According to many experts, the Ford Galaxy is the “almost perfect” car. Its biggest advantage is low operating costs and a large number of seats. Its biggest competitors are the already mentioned Sharan, Seat Alhambra and Ford S-Max, which are still suitable for fans of more sportiness. The Galaxy is primarily a multi-purpose vehicle that has been in production since 1995. (debuted same year as Sharan). As for the engine, there are several versions of the EcoBoost, but the most praised version is the 2.0 diesel. The first generation of the Galaxy was the work of the Ford and Volkswagen group. It was formed at the AutoEuropa plant in the Portuguese city of Palmela. The VR6 2.8 liter engine was used for its production. The car can accommodate seven adults thanks to the flexibility of the rear seats, which can be moved comfortably in one motion. The seats can move in 10 directions, giving you plenty of options. To continue to serve large families, an impressive trunk has been created. The designers did everything to make the car look elegant and neat, despite its size and practical solutions. This was no easy task considering its size – it weighs less than 2 tons and is about 5 meters long. Did they succeed? each of you must evaluate this individually. Ford has thought of such practical additions as folding blinds or sun blinds.

in 1999 the vehicle was submitted for a survey by the motoring magazine Top Gear. At the time, it was rated as the least satisfactory car in the whole of Britain, which would somehow contradict the statistics which showed that even a year earlier it had sold as many as 12,233 examples, beating the model’s rival by two times. The second generation began to be produced only in 2006. The third – Ford S-Max was released to the market in 2014, first presented to the world at the Paris Motor Show.

In addition to the VW Sharan and Ford Galaxy, catalysts with the code 045178ACB were monotonous in other models with a 1.9 TDI engine, for example: Golf IV, Audi A3, Seat Leon, Seat Toledo II, Skoda Octavia I.