Catalytic converter number 1S71-5E211-EG/1258206 appears in passenger Ford cars. It is 35 cm long and its weight is almost 1.3 kg. It is characterized by a round shape and lack of symmetry – on one side it is ended with a flat enlargement with screws located at the side outlet. This catalytic converter is mounted in Fords Mondeo III with gas engines. 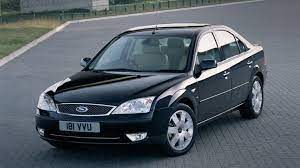 Ford Mondeo III – a passenger car marked with the code Mk III produced by the American automotive concern – Ford Motor Company. The third series debuted in 2000. Two and four years after entering the market, the car was subject to small modifications. In USA it was known as Ford Five Hundred and Mercury Milan. It is characterized by sharp, expressive lines inspired by the stylistics of New Edge – the convention of Ford applied in previous models of that brand (i.a. in Focus and Cougar).

Three years after the premiere, the car was subject to face lifting, consisting in making changes in the area of fog headlights, shape of the front bumper and using more modern materials finishing the interior of the car.

The car was equipped normally in the ABS system and electric windows. For additional fee

the option of heated rear window, cruise control, leather upholstery, ESP system, climatronic or satellite navigation could have been added. 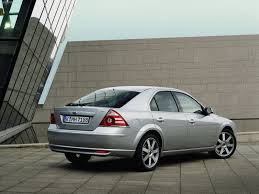 12 engine versions were produced, including vast majority of ones with multiport fuel injection as the supply system. The most powerful of them was ST220 with the maximum power of 226 HP, the maximum torque 285 Nm and 4900 rpm. With this engine the car was able to achieve the speed even up to 250 km/h and speed up to 100 km/h in 6,8 seconds!

Its biggest advantages are certainly a good wheel and steering system and high ergonomics. The disadvantages are bodyworks with tendency to flash rusting and weak soundproofing of the car. The model was produced until 2007.