Catalysts with number 96264037 are used in Daewoo brand cars. They are easy to distinguish from their elongated and very symmetrical shapes. They are about 40 cm long and these catalysts weigh about 1.2 kg. Catalyst model 96264037 has been used under the Daewoo Rezzo 2.0 brand since 2001.The Daewoo Rezzo is a compact car model produced by Daewoo Motors from 2000 to 2009. Until 2004 In Europe, it was sold under the Daewoo brand, and since 2015. Month of January. Like the Chevrolet. 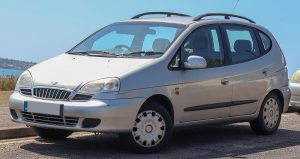 The name Rezzo has been active in Asia and some European countries. Elsewhere, it was known as Tacuma. After its production, the gap remained more than two years before the appearance of the Chevrolet Orlando, a minivan with seven seats.The design of the car was developed at the Pininfarina Center, and the mechanical solutions were “taken” from the first Daewoo Nubira series.The car-like design of the car at some angle has contributed to the success of the Southern European market. The Rezzo style consists of simplified shapes, large, vertical taillights and a large window size.

The very spacious passenger compartment was fitted with plastic elements of modest quality. Early models also mention poor quality components. The chassis design is the same as for the Nubira. The capacity of the luggage compartment is from 325 to 1320 l, and the tank – 60 liters. 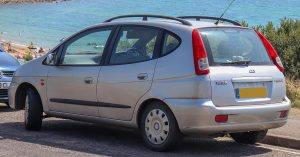 Tacuma was adapted for five people in terms of location.Following General Motors’ acquisition of Korean Daewoo Motor, GM Daewoo also introduced the Tacuma model, which was slightly aesthetically updated. With the launch of GM Daewoo, the car was also imported to Africa and South America under the name Chevrolet Vivant.