The Renault brand uses catalysts with the code C162. These catalysts are known for their relatively simple and flat shape. The cover has 4 transverse indentations in the center. It has asymmetrically arranged openings, one of which is directed diagonally upwards. The housing has a high tendency to corrode. The catalyst is about 38 cm long and weighs just over 1.2 kg.

The Renault brand uses these catalysts in well-known car models such as the Clio and Kangoo. The C162 was fitted to cars with petrol gearboxes and 1.2 and 1.4 engine versions mainly in 2001. 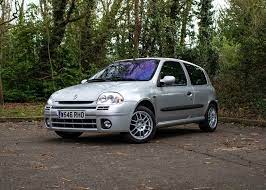 The Renault Clio is a popular city model from the French Renault Group. The first generation was created in 1990. and was designed to replace the Renault 5 version produced since 1972. The car quickly gained a good reputation and became a favorite car. A few months after the premiere, it was named Car of the Year.

In the first year of production, only very low power engines of 1.1, 1.2 or 1.4 were offered. Only later, at the end of the decade, was the larger choice and the 2.0 unit (F7R) introduced. The second generation was introduced to the car market in 1998. – eight years after the first successful “entry”. The car turned out to be a whole new visual style. The second generation was more simplified and modern. The new headlights and shortened front gave a lot of charm. Like the first generation, this one was also divided into a so-called “phase”. 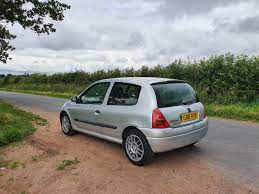 It is worth mentioning in 2001, when the V6 version was developed, which borrowed an engine from the Laguna model. The car had 230 hp and 6.4 seconds of acceleration. The third generation appeared in 2005 and was selected for its presentation at the well-known Frankfurt Motor Show. A body version of the hatchback was first developed, followed by a station wagon, which they called the best-known Grandtour. In 2007, a sporty version of the F1 Team R27 came to light.