The K2NC catalytic converter is found in Nissan, Hyundai and Kia cars.

This catalyst has four asymmetrical slopes. Its length is about 35 cm, and its longest part is about 30 cm wide. Today this catalyst converter cost 160 euros.

The catalyst code RDH21 is used by the Hyundai and Kia brands. They are almost 40 cm long and 18 cm wide. The weight of the insert is 1.12 kg. A characteristic feature of this catalyst is the perforated central part of the cap and the specific cap on both sides of the catalyst.

What connects these two catalysts? Both models were installed in 2001. Kia Rio models and were manufactured at the Ismeretlen factory. The first of these was fitted with a 1.5l engine. Second in engine versions with a 1.3l engine. This catalyst converter price today is 346 euros. 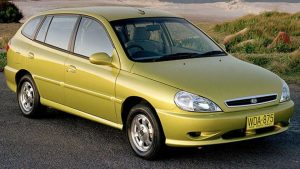 The Kia Rio is a car produced by the Korean car group Kia Motors. The Rio is a relatively young car, production of which began in 1999. November, and 2017 The fourth series of this model has been launched.

This small car, which falls into the category of urban cars, is designed for consumers who value simplicity and low maintenance costs, low purchase price.

This car was presented for the first time at the Geneva Motor Show. Initially, the manufacturer offered to buy a 5-door station wagon city version, as well as a 4-door sedan.

The subcompact vehicle became the successor to the Avella model and later to the Pride model. 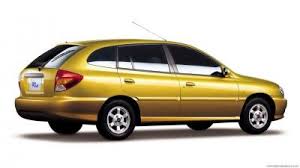 As for the exterior design, it can be said that it is viewed very positively. The large boot volume of the 449l is a big advantage of the car. The most common faults can be found on the body, chassis and electrical installation. While the vehicle’s interior doesn’t impress, the car is worth its price. Despite its mediocrity, users of this vehicle praise this model for its relatively rare failures.