FCFA3 Catalyst is a trademark of Subaru. The length of the catalyst is about 55 cm. It seems to have a lot of weight, but shows that it weighs less than 1 kg. This catalyst also has a well asymmetrical shape, reminiscent of a revolver with a curved tube. One of the outlets faces downwards, while the other faces in the opposite direction. The FCFA3 catalytic converter was used in the Subaru Impreza car model.

The Subaru Impreza is a compact C-segment car manufactured by the Japanese concern Subaru Corporation, founded in 1953. The model premiered in 1993. Previously, the most popular model of the brand was the Subaru Leone. The first-generation Subaru was available in a sedan and station wagon with atmospheric engines (1.6, 1.8 and 2.0). The model’s name comes from the English “impress”. The Japanese wanted to create a car that would make a big impression. In fact, this is due to the turbocharged version with higher efficiency and exceptional power. This version was created specifically for the needs of the World Rally Championship to replace an already used Legacy model. 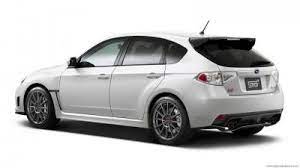 The 2.0-liter turbocharged car hit the European market in 1994 as the equivalent of the Subaru Impreza GT, the Asian WRX. How did this version stand out except for the engine? In particular, a stronger suspension and equipment with a spoiler along with the bumpers were offered. The 211 hp engine has hit the market, accelerating the car to “up to a hundred” in 6 seconds! Two years later, this power was increased to 218 hp. Manufacturers have also introduced special versions of the model. One of them was in 1995. released the McRae Special Edition in honor of Collin McRae, who performed at the RAC Rally. The Catalan event was created to celebrate the title of World Producer Champion, and then the Terzo Party was released on the same occasion. The special models did not differ from the traditional version in terms of technology. Only the design set them apart. One version was available with the so-called WR package, which made it possible to increase engine power to 240 hp.

The Mitsubishi Lancer was the Event’s biggest competitor, and the competition between the two brands can be compared to the current situation between Samsung and Apple. However, the dynamic situation in the car market has led manufacturers to exit Lancer production. What is Impreza famous for? Above all, its advantages include four-wheel drive, good performance and traction, and amazing tuning capabilities. The fourth generation of the car has been produced since 2011. Only the WRX STI version with a four-cylinder 2.5 engine is currently on sale. with 305 hp. Engine power has increased by about 87 hp in the last 23 years. Revamped versions up to 600 hp also seem to be easy to accept.