The K2A2 catalyst is used by the PSA group. These catalysts are characterized by a small length of about 35 cm. The catalyst is oval in shape and is prone to corrosion. K202 catalysts weigh from 1.39 kg to 1.94 kg. This is exactly the model available on the Citroen Berlingo and Peugeot Partner 2.0 HDi. They were used in the 1999 production year. 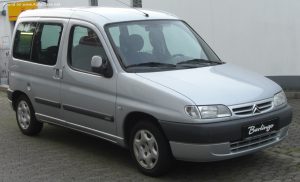 The Berlingo is an MPV car that has been manufactured under the French Citroen brand since 1996.

The model was “born” of Bertone’s ideas, which were understood by Citroën’s “center” style. The car was designed to drive out competition and fill a new niche market space for a family-sized car that could be used to transport both people and goods.

Soon after the merger of the French group Peugeot and Citroen, the niche acquired the name “ludospace”, which means car, which means “between van and minibus”.

1996 Production of Peugeot-derived Berling, representing Citroen, and Ranch and Partner began in the summer. Initially, only a commercial version was introduced. Later, three concepts taken from the vans presented a few months earlier were presented at the Paris Motor Show: the work of a French designer on the Berlingo Bulle, a highly rounded shape of five-door sedans;

The Berlingo Coupe de Plage is a kind of pickup that looks aesthetically from the front of the minibus.

2003 Initially, it was decided to upgrade the front, during which the front and reflectors were modified. At the same time, Peugeot introduced moderate variants of the Escapade and Grande Escapade SUVs. 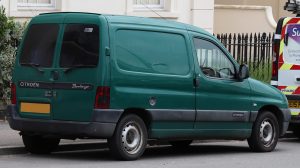 Until 2008 With 570,000 units distributed across Europe, the Partner has become the most popular vehicle in its class. When the successor, Partner Tepee, appeared, it was sold under the name Partner Origin.

Production of the Partner Origin model ended in 2009. At the end, and the Escapade ended in 2008. In the spring.