Catalyst Converter with code: 7796799/46481717 used by Fiat brand. The length of the catalyst is a little more than 45 cm long and 13 cm wide. The capacity of the container is 0.8 kg. Inside the cover is a corresponding part of the catalyst having a recess dividing the middle part in half. The catalyst was manufactured by Ismeretlen. These catalysts were fitted to the Fiat Cinquecento, a petrol version. Today this catalyst converter costs 365 euros. 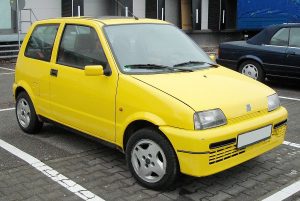 The Fiat Cinquecento is a small city car designed by Giorgett Giugiar. Its production began in 1991 to replace the Fiat 126. This is the first Fiat to be produced exclusively at the Polish FMV plant, where, for example, the Polish Fiat 126p was previously produced. Production of the Cinquecento ended in 1998, when the model was replaced by the Seicento. Interestingly, despite its name, which stands for the number 500, the smallest unit of power was 704 cm3. The Cinquecento was available with a three-door body with a very good drag coefficient of 0.33. Compared to the older Fiat, it is equipped with independent front and rear suspension, disc brakes and galvanized body panels with high corrosion resistance.

1994 A version of the Sporting was introduced, which was fitted with a FIRE 1.1 petrol engine with a single electronic injection, offering 54 hp. It is equipped with a three-way catalytic converter that meets the EURO-2 emissions regulations, making it the most environmentally friendly engine on offer.

The equipment was equipped with 13-inch alloy wheels with low-profile tires, body-colored bumpers and rear-view mirrors, a leather steering wheel and gearshift lever, as well as various aesthetic modifications inside. 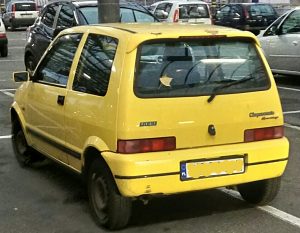 In Spain, this model has been known since 1994. advertising campaigns where the company sent anonymous love letters to 50,000 women across the country.