Catalyst Converter with code 1732952 is one of the most popular models used in BMW cars. It is about 30 cm in weight and weighs less than 0.2 kg. It is characterized by an elongated, cylindrical shape, a tendency to corrosion and a symmetrical arrangement of the inlet and outlet in one line. 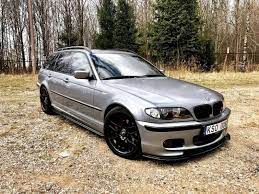 The BMW E46 is the successor to the E36. This is the fourth cult model in the 3 Series to belong to the BMW brand middle class segment. It was produced in 1998-2007. The idea for its creation and the first works originated as early as 1993. The project was initially monitored by two engineers, Wolfgang Ziebart and Wolfgang Reitzle. However, BMW later decided to create Eric Goplen from DesignworksUSA, who was invited to collaborate in the development of the vehicle. Initially, it was only available as a sedan with a four-cylinder engine. A coupe appeared on the road a year later, a convertible joined two years later, and a compact model using Valvetronic engines for the first time three years later. These engines have a higher charging flow, resulting in better cylinder filling and a 10% reduction in fuel consumption. The model was very different in design from previous versions of the series, it underwent a complete metamorphosis and received subtle, simplified shapes. 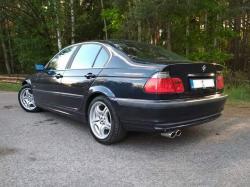 2001 the front appearance was improved again, making it similar to the 5 Series models. Headlights and taillights replaced. The forms remained simplified but sharpened, giving them a unique character. The car was on the list of the 10 best cars according to the “Car and Driver” list for all 9 years of production. According to many fans in the automotive industry and the BMW brand itself, this is the best and most beautiful version of the 3 Series. Rated as a reliable and extremely durable vehicle. True, reliability means a different equivalent to many. Some reliable cars define one that just drives and doesn’t break down very often. For others, reliability means long-term, trouble-free operation. E46 is in the middle.