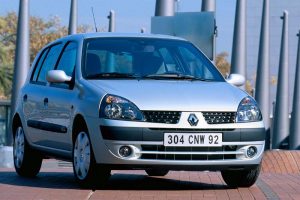 These catalyst models are longitudinal, slightly rounded in shape and a small length of 33 cm. The C196 catalyst has a heavier capacity and weighs 0.9 kg. The second capacity (C228) weighs 0.87 kg. These models have two palladium inserts. One of them – smaller – is more saturated with this noble element, so its color is more intense. Catalyst Converter C196 / 8200145056 has been fitted to Renault Clio 1.2 since 2007. in the petrol version, and C228 / 8200324563 in the Renault Clio III, Renault Megane II and III, Renault Scenic II and III and Renault Fluence 1.6. 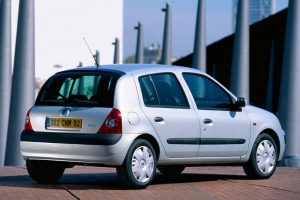 The Clio is a B-segment car produced by the French manufacturer Renault. The Clio was launched in 1990. as the successor to the Renault Supercinco. The vehicle under this name is not sold in all countries. In Japan, it is known as Lutetia, indicating a Roman origin. The model was named Car of the Year in Europe in 1991 and 2006, Car of the Year in Spain in 1991, Best Automobile Subcompact and Automobile Panamericano in 2002, 2003 and 2004. In Mexico. The third generation from which the catalysts are described in the article is divided into two models.
Phase 1: 2005-2009: From 2005 the third-generation Clio was sold in October. Completely new compared to the previous one, its platform is shared with Nissan Micra, as Renault is actively involved in Nissan’s operations.
This new model was larger and more spacious than the previous one, making it enter a higher market segment. It was supposed to fill the gap Clio 2 is currently producing under the name Campus, perhaps before the new Twingo comes out. In the EuroNCAP test, he received five stars, thus joining the car family that achieved the best result in these tests. It was also a cheap and small vehicle, and at the same time quite comfortable. 2006 he was re-elected Car of the Year in Europe.