Catalysts with numbers 1740183 and 1740184 are used by the German brand BMW. In turn, it is produced by Eberspacher. Catalysts are characterized by a longitudinal shape and asymmetrically arranged outlets. One of them faces upwards at a 45-degree angle. They are about 45 cm long and do not weigh more than 0.27 kg. 5 transverse recesses can be found in the insert. Catalysts 1740183 and 1740184 are always included. They were fitted to the BMW 328,528 and 728 in 1995-2000, and to the 2.8-engined petrol cars. Briefly about the models in which we can find such a valuable catalyst package. 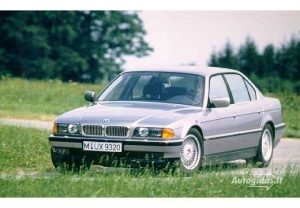 About the 3 series from which the model 328 is derived and the 5 series in which we have already written the 528 group. Today we will review the 7 series models. 7 is a series of luxury cars from the C segment. Production has been around since 1977. The last sixth generation was created in 2015.
It was introduced in Munich in 1977. in the form of a sedan in June. The model was to replace the popular E3 and expand the range of models produced by the well-known Bavarian manufacturer. The leitmotif of the first generation was E23. Since 1977 The 7 Series is produced by 6 generations, which include:

In addition to the traditional German factories in Dingolfing, since 2002 In Thailand, the 7 Series is also produced at the Rayong plant, which opened in 2000. in May. 25 million was invested in it. It also produces the 5 Series and the BMW X3. Production began in Africa in 2003. 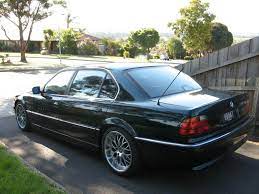 The 728 version is actually an E38 728. It was produced in 1995-2002. It has a maximum power of 142 kW, which equates to 193 hp. The result is a top speed of 228 km / h. Acceleration to 100 km / h takes 8.6 seconds. A characteristic feature of the car is the 6-cylinder 2.8 engine. Allows you to drive dynamically and smoothly. The car has good reviews. It is stated that in the price range of 10-30 thousand. there is no other car that pays so much attention to passers-by. Some don’t stop watching with joy, others in turn speed up the pace. There is a stereotype in our country that this model is typical of gangsters or important people. But the biggest surprise is that a 20-year-old car can have navigation, a phone, a TV or an advanced seat adjustment system. Driving pleasure is guaranteed! However, like any vehicle, it has its drawbacks.