Catalysts with code GM203 / GM55562315 / 235959300 are characterized by large sizes. Their length is about 60 cm and the weight of the tank is slightly more than 3.2 kg. Its shape is also unusual, consisting of several different forms. The main tank consists of two parts, one of which is completely flat and the other has three transverse bands. The sides are flattened. These catalytic converters have a ceramic tank and are designed for cars with a diesel engine. They have been fitted to the Opel Insignia 2.0 CDTI and SAAB 9-5 2.0 TID since 2010. Today this catalyst converter cost 335 euros. 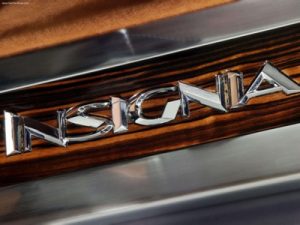 The Opel Insignia is a mid-range car manufactured by the German brand Opel since 2008 with the intention of replacing the Opel Vectra. This model was first unveiled the same year at a London car dealership.

The Insignia was designed to compete with leading global models such as the Peugeot 508, Ford Mondeo, Citroen C5, Audi A4, BMW 3 Series and Volkswagen Passat.

The Insignia is a five-seater vehicle offered with front and front and rear drive wheels. In Central Europe the cars is sold with ,,Opel”  brand, traditionally under the Vauxhall brand in the UK and as Buick in China. Imports into Australia and New Zealand were made under the name Holden. The Insignia was also the name of the Opel concept in 2003, but it has nothing to do with the new Insignia.

The Insignia is the first car to be built using a system that combines a camera with road sign recognition. Offers 3 cm more knee space than the Vectra. Both body variants have the same length of 4830 mm and a wheelbase of 2727 mm.