With catalysts GM23, Opel used the Opel Corsa B and Opel Tigra models with 1.4 and 1.6 gasoline engines from 1995. The length of the cover is 33 cm and the width is 12 cm, which makes the shape rectangular and longitudinal. The edges with a tendency to corrosion are flattened, and in the middle of the housing there are 4 characteristic, transversely located recesses. The model is extremely symmetrical. And of this catalyst we can pay 65 euros. 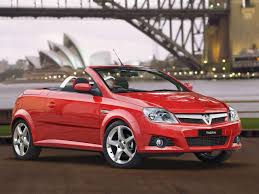 Opel Corsa was described in the article about the GM20 catalyst, which was included in the January promotion. This time, we will devote attention to the second of the vehicles in which the construction of the exhaust system was powered by GM23. It is Tigra.

Production initially lasted from 1994 to 2000 in Spain. The car weighed only 1075 kg. The chassis platform and some interior features were from Corsa B. The rideability was therefore very similar, so in terms of design, this vehicle is hard to classify as sports. In fact, the Tigra had a worse technical reputation than most older Opel models. However, the lightweight, sporty design with a large glass rear window elicited a great response. The vehicle has comfortable handling and low fuel consumption. The trunk has a capacity of 215 liters.

Two engine versions of the model were created: 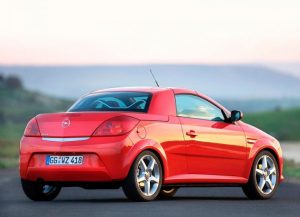 Production of the second generation lasted from 2004 in France. This time it was based on a Corsa C. It was produced as a convertible with a rigid folding roof. This generation was named TwinTop, which suggests the concept of a convertible. Production took place this time in French company Heuliez . The 1.8-liter engine achieved a top speed of 204 km / h, and acceleration from 0 to 100 km / h was 9.4 seconds. Tigra was competing with Mini Cabrio , Nissan Micra C + C and Peugeot 206 CC.

What characterizes this car is its charming design and neat construction. It is said that this is a very feminine car. Despite its small size, it is very spacious. Despite the low engine power, it is quite dense due to its lightweight design. Despite the passage of years, he still draws attention to the street.