The catalyst length of this model is 36 cm and the weight of the insert is almost 1 kg. The design of the catalyst itself is reminiscent of a French horn due to the angled extension that ends in a smaller outlet. The catalyst insert is flattened at the edges and has 4 strips in the form of protrusions. Catalyst code E211-DK / 1042952 was fitted to the Ford model

In the Fiesta IV model, 1996 -2002 generation, with 1.3l engine. Interestingly, this catalyst model is one of the 10 most perishable. Anyway, what’s wrong with it? 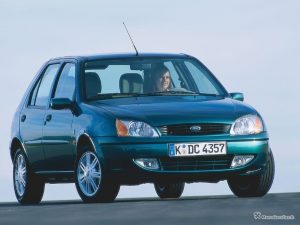 This is because the ceramic insert exits through the exhaust system. Ford has been selling Ford Fiesta supermini models since 1976. Seven generations have been developed throughout the production period. The car is manufactured worldwide, including Europe, Australia, Brazil, Argentina, Mexico, China, India, Thailand and South Africa. In 2008, the seventh generation Fiesta (Mark VII) was introduced to the car market. Since 1976 Ford has sold more than 16 million units, making it one of Ford’s best-selling brands, right after the Escort and F-Series. 1995 debuted a fourth version, which was made from a modification of its predecessor. The car came out with a completely different, curved and aerodynamic design, retaining the doors of the previous series. The model was developed in synergy with Mazda and was also sold under this brand in the Italian market under the name Mazda 121. The new Fiesta has had to face competitors such as Citroën Saxo, Fiat Punto, Lancia Y, Nissan Micra, next-generation 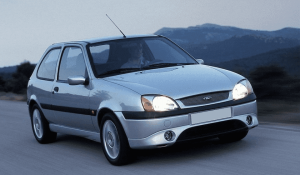 Opel Corsa, Seat Ibiza and Volkswagen Polo. The new Fiesta features a dual airbag, which was standard on all versions, and ABS as an option. New gasoline engines, including the Zetec-SE, 16 double-shaft aluminum alloy valves (1.2-liter 75 hp and 1.4-liter 90 hp) were developed in collaboration with Yamaha and named Engine of the Year.

Over the years, in order to always maintain the same starting price, even the electronic engine management has been greatly simplified and the transmission indicators extended. 1997 Ford has also produced a small Fiesta generation coupe called the Puma.