Two seemingly identical catalysts. Same brand, same length from hole to hole and inserts of the same color. Smoothed edges and strips extending along their entire length. The same indentation is given, dividing the catalyst into two parts, and the difference in diameter is not large enough to identify a particular pattern, with only one specimen in front of the eyes. 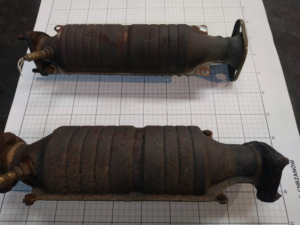 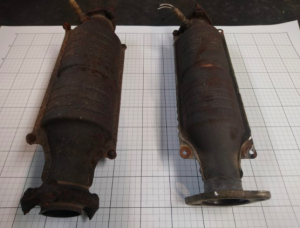 Be that as it may, most of these catalysts are distinguished by price. The biggest difference is felt in the amount of refined precious metals in the catalysts, which directly correlates with the corresponding (current day precious metal prices) price.

We will try to explain below how to distinguish them and what is the value of the individual models shown in the figure above. 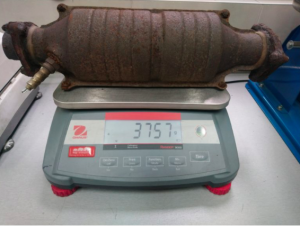 The first catalyst is probably known from the aforementioned records is that it has a 3 + 4 / + strip probe, which is on the list of the most honorable TOP10 most expensive catalysts. 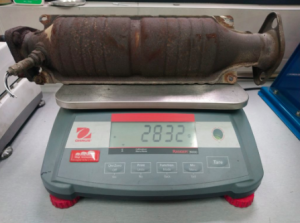 The second model is a slightly lesser known catalyst 4 + 5 strip / probe. It weighs 2,832 g and therefore weighs less than a kilogram (less than its predecessor). Like the Accord, it is 42.5 cm long. The diameter of the catalyst is 10 cm. The weight of the insert itself is 0.83 kg. The value of the catalyst is almost 3 times lower than the model 3 + 4 / stripes + probe. Price changes can be observed in the Honda brand price list and on the model page.

As you can see, despite the fact that the catalysts are confusingly similar to each other, they have the same color, length, smoothed edges and transverse stripes, characteristic of the brand, with the above knowledge, we can easily distinguish and properly evaluate both catalysts.