The standard Volkswagen catalytic converter is in the Jetta, Polo and as can be seen from the name Golf model with a 1.3 engine from 1992 onwards. The catalyst weighs 1.04 kg, is about 47 cm in size and is 13 cm wide. The catalyst sound disc is perforated to prevent catalysis from occurring. VW JETTA is a compact car in the C and D segment class. It was first manufactured in 1979 by the German brand Volkswagen. The 6th generation of this model was released in 2018, which means that this car has been on the market for 40 years. The first generation of this model was produced in 1979-1983, which first appeared at the Frankfurt Motor Show. The manufacturer’s goal was to create a vehicle that would become a version of the flagship model of the Volkswagen Golf sedan. This car, according to its body version, was definitely bigger, more practical, and therefore a little more expensive than its predecessor. Most of the technical stuff was taken from the Golf model. Rectangular headlights have become a monotonous element of VW models, which have become a characteristic attribute of vehicles. The otherness of the models was mainly the use of different types of bodies. During the first generation, the manufacturer offered as many as five petrol engines with a capacity of 50 to 112 km and two diesel engines with a power output of 54 to 70 km. By the time the second series of models was released, more than 600,000 models had been developed. 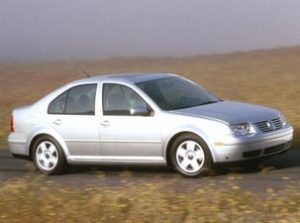 The seventh generation of Jetty in 2018 has now appeared, where it was presented at the Detroit Auto Show. Unfortunately, this vehicle is not available on the European market. The main country for which this generation of models was developed is the US, where this vehicle model has already managed to blend in firmly.