These catalysts: GM45GL / GM24412001 / F7, are small in size – they are only 25 cm long and do not exceed 0.13 kg! Their shape is quite unusual. One of the outlets is very elongated and makes up almost half the length of the catalyst. It is these devices that have been fitted to Opel-branded car models such as the Astra, Corsa, Vectra, Zafira, Combo and others.

This time we will discuss in more detail the Opel Combo car model. 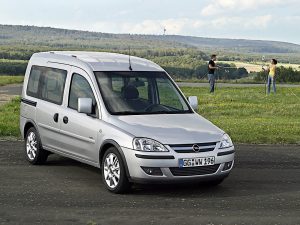 This is a vehicle model manufactured by Opel since 1986, which qualifies for light commercial vehicles in its group. According to General Motors’ custom, this model, like others, was also sold under other brand names, depending on the sales market: it was sold as Vauxhall Combo, Holden Combo and Chevrolet Combo. The series that also appeared here followed the classic Opel name, such as the Combo A, Combo B and others.

The Combo A was designed to replace the previous minibus, the Kadett D. This first series was introduced as the Kadett Combo (Vauxhall Astramax in England), but was later often referred to as the Combo A to distinguish it from the subsequent generations of the Combo. 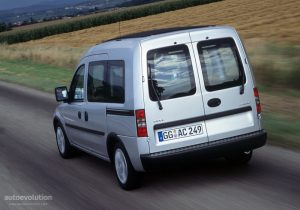 The newer Combo B series was introduced in 1993. October month. and was delivered with two petrol engines (1.4 and 1.6 liters) and a version with one diesel engine (1.7 liters). Unlike the Combo A, this new Combo was built on the second-generation Corsa platform, and was not only a simple property without rear windows, but also a true body variant with a raised rear roof to increase the payload. It was also available as a delivery vehicle for transporting goods or as a combined version with two rows of seats. In this last configuration, the car was named the Combo Tour.