Catalysts with code 46523259 were used at the Fiat brand. They are small in size – no longer than 27 cm. The weight of the catalyst is about 0.6 kg, it is also important to mention that in its construction, the device is very symmetrical. The catalyst has a more round shape. The price of this catalyst today is 85 euros. 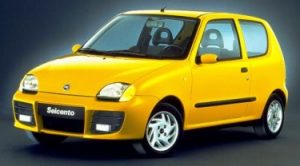 The well-known Fiat Seicento is a Class A car manufactured by an Italian manufacturer between 1998 and 2010. The model was introduced as the successor to the Fiat Cinquecento, not much different from its predecessor. The model retains the same engines, chassis, and overall dimensions, although its length was slightly different (3.34 m).

Externally, these cars were also very similar. Instead of Seicento, it has maintained the same three-door hatchback in its five-door production as in many Korean and Japanese car models in the same segment (Daewoo Matiz and Suzuki Wagon R.).

The name of this car model comes from “six hundred”, because the car was to be the successor to the mythical Fiat 600. On the occasion of the last fifty years, the name of the model was changed to 600.

In the Euro NCAP crash test, the Fiat Seicento received 3 stars, making it the safest car on the market at the time! The Seicento was also based on the Cinquecento model, developed in 1991. At the start of sales, the Seicento was available in three versions; main S with black bumpers, Spartan interior and Italian 899 cm3 engine, SX version with colored bumpers, central locking, electric windows, sliding roof and Sporting version with more powerful FIRE engine, aluminum wheels and sports seats. 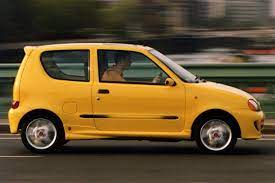