Catalyst 001A574 is elongated in shape and impressive, even ~ 50 cm long, although it weighs less than a kilogram. The catalyst has an unusual shape – the catalyst is tapering and in some places hollow.

In the case of Catalyst 001A574, there are two ceramic inserts inside that have been sprayed with precious metals in various ways. One of them contains more valuable items than the other. Catalyst Converter 0019315B is from 1999 Ford Focus 2.0. It is easy to recognize because it resembles the shape of a fish. One of the outlets is a large hole, the other ends with an extension of the lid. The edges around the entire catalyst are smoothed. It also has two ceramic inserts. 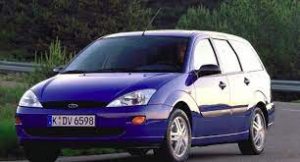 The Ford Focus car itself comes from the C-segment, which means a lower middle class when it comes to global rankings. The Focus was introduced to the European market in 1998, and it only appeared in North America two years later.

The first generation had a lot to do with the Ford Ka. The same solutions have been used to create the body – tight and angled lines. Many safety features have been installed, including an airbag and ABS system. 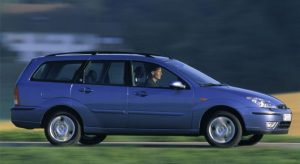 The most rich version of the Ghia had air conditioning, a CD radio, cruise control, an on-board computer, power seats and windows, as well as an ESP system. Focus was then produced in Germany, Sarluis and Valencia, Spain. Due to the high interest in the car, production was launched in 2002 in Russia (St. Petersburg), Mexico, Argentina and the USA. In addition to the Ghia version we mentioned earlier, the car was sold in the Ambiente (base) version and the Trend, later renamed the Zetec (sports version). The most luxurious version of the equipment had a logo on the rear door, chrome inserts in the rear panel holder, and the instrument panel was in two colors. Two-tone seats were also offered. The steering wheel, gear knobs and handbrake lever are covered in leather and the handles are chrome-plated.