Smell of exhaust fumes inside the vehicle. Where to look for a problem?

When you smell smoke inside the car, you should not ignore this phenomenon. Often, the occurrence of such a problem does not necessarily mean a serious failure that can be costly. In most cases, the cause of the exhaust odor in the vehicle is a leaky exhaust system. Diagnosis of smoke in the cabin should start with checking that the situation is regular and that it always occurs at the same time. In some cases, especially when it is a city car, the length of the exhaust system is quite short. The length of the exhaust system can be affected because a common problem with the exhaust system is to suck the exhaust gas inside the vehicle despite the efficient system. This is because the vents also “draw” air from under the bonnet. This usually happens during a stop and when there is a strong wind blowing in the opposite direction as the exhaust enters the atmosphere. However, this process is short. 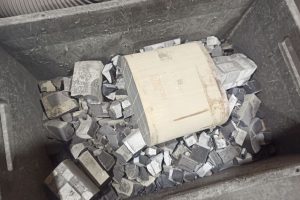 Statistically speaking, in more than 90% of cases, the intake of exhaust gases into the interior of the car is due to a leak in the exhaust system. In this case, find the source of the exhaust gas and close the seal. The leak test process should begin with a test of the flexible connection immediately behind the catalyst. It is he who is most often the culprit for system leaks. If its technical condition is not in doubt, it is worth looking at the connections of the central silencer and the intermediate under the exhaust manifold. Exhaust manifolds and catalysts fail less frequently.

The smoke duct can enter the interior of the cabin due to the side effect of a stuck EGR valve, which is a non-return valve in the exhaust system. Interestingly, the problem of EGR and exhaust odor inside the vehicle is most often found in older vehicles. Why? Because the vehicle electronics did not “catch” the problem with the EGR valve, and the effect is noticeable. In this case, there are two solutions. The first of these is its thorough cleaning, especially from soot and rust. In most cases, the valve can be dismantled without much difficulty. The second solution is to buy a new EGR valve. 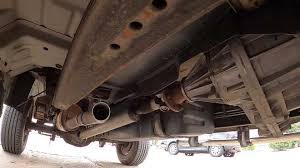 The worst reason why smoke gets inside the car is a situation where we smell it soon after the car is started and the heating is turned on. Why? Because the only way exhaust gases can get inside is through the cooling system. The flue gas in the cooling system is caused by a fault in the intermediate underheard, which is a serious fault and requires immediate repair.